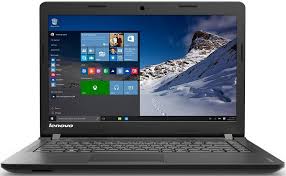 Picking the correct laptop can be a daunting task. When you buy a laptop, it is important to keep in mind the purpose you will be using your laptop for, whether you intend to lug it from place to place or simply use it as a device to snuggle up with in bed.

Customers who require a laptop for the most fundamental purposes and want to save money may find that a budget laptop is all they need. Budget laptops generally have a low configuration such as processor, graphics or RAM and do not hope to run heavy games or jump easily between a hundred browser tabs. In a nutshell, entry-level laptops are good for people who may not know a lot about computers and just want a device that can carry out day to day tasks.

Chromebook laptops are best suited for web-based tasks performed on light hardware – a Celeron-based Chromebook with half the RAM. A similar Windows laptop can perform quite well in comparison, since Chrome OS is free and open-source and the hardware requirements are lower than Windows. On the other hand, Windows laptops, often come with pre-installed “bloatware” that can slow down a system and annoy the owner, Chromebooks are relatively clean. Each Chromebook has a software that’s basically identical to the rest (except for a few hardware features like touchscreen support), and Google sends regular updates to all Chrome OS devices directly from its servers so they stay up to date.

Chrome OS has its drawbacks as well. Because it’s a web-focused platform, almost every major app is either a browser extension or a web tool. Some, like Google’s Docs, can run locally, but most require an active internet connection

This section of laptops offers a premium option dedicated on mobility, usually with a 13-inch screen. Typically what splits a thin-and-light from a budget laptop is material quality and a few premium components. These machines are thinner and lighter. They’ll have a more stylish look than budget laptops as well. Even low-priced thin-and-lights might come with upgrades like an SSD, a touchscreen, or a backlit keyboard, but none of them are big enough to include a disc drive.

The professional laptops often flaunt extraordinary hardware to run the professional software, regardless of altering a video footage or basically have a phone call. Many jobs require travelling and moving around, it’s also important that a business laptop exhibit long battery life as well as a sturdy frame that can survive constant travelling. Professional laptops typically use a 14 or 15-inch screen, though some can be smaller or larger. Dell’s Latitude series and the Lenovo ThinkPad line are often preferred by corporations (and especially IT departments) for durable builds and excellent keyboards.

What you need to know about hardware

As with any computer, the hardware on a laptop determines what it is proficient of doing. Better hardware will naturally be more expensive, so it is important to consider what you are going to use the laptop for and accordingly choose the hardware suitable for that purpose. A laptop that is only being used for common purposes such as browsing the Internet or writing documents, probably doesn’t need a high-end configuration.

As with any computer, the Central Processing Unit (CPU) carries out all the processes for the laptop. Any time the computer needs to access or change data, the CPU executes that task. Better CPUs will be able to process more data at quicker speeds. The latest offerings from Intel are its Core i3, i5, and i7 series in 7th-generation models (with model numbers starting at 7000). New processors are generally faster and more proficient, though it might take a few months for laptop manufacturers to include them in retail models.

A video card generates the images that a program needs to display on screen. With most laptops, the video card will come integrated into the motherboard. For most users, the video card is not something to worry about in particular. The most significant uses for a video card are gaming and modelling, in which figures — often three dimensional — need to be rendered. NVIDIA and AMD are the primary vendors for discrete mobile graphics. NVIDIA’s latest series is the 10-series, the GTX 1080, 1070, and 1060. These will be the most expensive, most powerful gaming and business-class laptops, thus some recent models may be using the slightly older 900 series. The R9 and R7 chips are the latest designs: the Radeon R9 M485X is the most powerful, with cheaper, slower models offered at lower price points down to the R7 M270X.

RAM, often referred to as memory, refers to the computer’s ability to store and access information for immediate use. Any task currently being done on a computer is using RAM. Essentially, the more RAM a computer has, the more information it can call up at any given time, and thus more processes it can do at any time.

The amount of storage space on a hard drive is how much data it can hold in total. Programs, videos, music: all of these are stored on the hard drive. In contrast to memory, data in storage does not necessarily need to be in use. A program that is installed on the computer but not currently running would take up storage space but not memory. These days, many laptops use SSD which are faster and sturdier than traditional hard drives. SSD offers a dramatic performance boost over a conventional hard drive. If you have some opportunity in your budget for an upgrade, pick an SDD first, then RAM, then focus on other components like a faster processor or a high-resolution screen.

Why to shop online at Industrybuying?

You can buy laptops online at Industrybuying.com and get phenomenal laptop deals on the website. Moreover, there are different types of laptops available on the e-store —from gaming laptops and Inspiron notebooks to laptops for students and working professionals. You may buy Dell laptops, Vox laptops and HP laptops, Lenovo laptops to name a few. Besides laptops, you can also buy other It & electronics products from Industrybuying such as earphones, printers, bluetooth speakers to name a few. The company ships the order above Rs, 1,000 free of cost right at your doorsteps. To make the payment you can choose any of the convenient channels among online transactions via Net Banking or use Credit/Debit cards or you can also opt for Cash On Delivery or any of the available EMI plans. In the case of any query or doubt, you can reach out to us for professionals assistance via our Toll-free number 1800-300-09551.