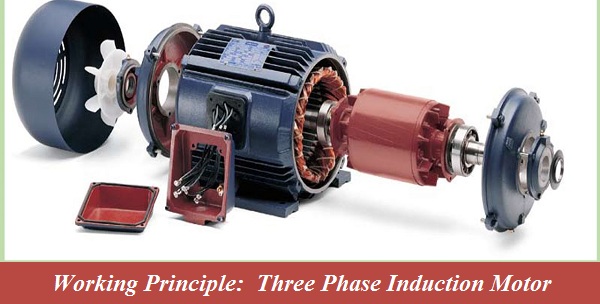 A 3 phase induction motor is an electric motor that operates using alternating current. It is a self-starting motor that consists of a stationary stator and a revolving rotor, both of which are spaced out by an air gap ranging from anywhere between 0.4 mm to 4 mm. These motors are extensively used in a myriad of commercial and industrial settings owing to their self-starting ability.

How Does a 3 Three Phase Induction Motor Works?

The three-phased squirrel cage motors operate in few lucid steps which are discussed below:-

#1)Basic Components of the Motor

#2)On Passage of 3 Phase Current

Three-phase alternating current is made to pass through the laminated winding of the motor stator. The passage of this current through the primary winding leads to the production of a rotating magnetic field, abbreviated as RMF.

The rotating magnetic field initiates a motion which is synchronous in nature. This, in turn, causes the motor to rotate. The direction in which the motor rotates is dependent not just on the phase sequence of the input lines but also on the sequence in which the lines are linked to the stator.

This can be reaffirmed from the fact that if any of the two primary terminals connected to the supply are swapped with each other, the motor will change its direction of rotation. Synchronous speed, the rotational speed of the field generated by the primary currents is directly proportional to the supply frequency and inversely proportional to the number of poles present on the stator winding.

In order for the rotors to generate torque and, thereby, rotate, the rotors must allow current to pass through them. The RMF present in the stator winding cuts through the rotor conductors, inducing an emf in the process. Since the rotor windings of a 3 phase induction motor are usually either directly shorted or closed by means of external resistance, the emf induced in the rotor windings causes the rotor to move in the opposite direction.

#5)Concept of Slip and Transfer of Energy 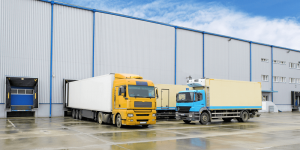 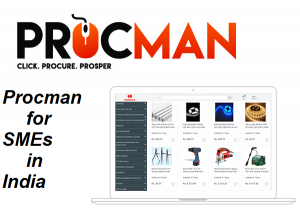