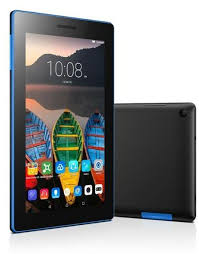 0
If you’re looking forward to replace a PC with something simpler and more portable, or just want a grab-and-go device for email and movies, we’ve got answers to all your tablet questions.

When it comes to a tablet, you have the two options available.

They consist of one large touch screen, a handful of buttons on the case and a charging connector. They generally weigh between 1 to 2 pounds and are less than half an inch thick, being super compact and portable.

Detachable devices try to combine the flexibility of the PC with the convenience of a tablet. These two in one devices are either available along with a detachable keyboard or they are really just a full-size laptop with a touch screen.

Which Size of Tablet should you opt for?

Tablet screen sizes range from 7 inches on the low end, all the way up to a gargantuan 10 inches.

Which Operating System Should Be Used?

The latest and greatest version of Apple’s mobile operating system is iOS 9. It powers all of Apple’s current-generation iPad models. You are left with limited hardware options to choose from with iOS, as compared to Android and Windows since you have only Apple’s iPad line to choose from.

When it comes to android you have plenty of options available both in hardware and software. While Android is, apparently, Google’s mobile operating system. The company releases a new update to the OS every half-yearly or so, and some tablets get updated while others do not. Additionally, most tablet makers customize Android as per their needs, or amalgamate features in order to differentiate their tablets from their competitors.

Win 10 is the current version of Microsoft Office which is build upon the foundation of Win 8 and Win 8.1. Windows 10 offers several features to tablet users,like large, touch-friendly window controls and buttons, a tablet mode (which expands the Start menu in order to fill the whole screen) and many touch-screen gestures.

Which specifications matter when it comes to choosing a tablet?

Tablet specifications can sometimes be tricky to differentiate since not all brands fully disclose their devices pros and cons. Here’s a quick rundown on what you might see, and what it all means.

Android tablets pack processors from a variety of brands. Qualcomm’s Snapdragon processors are the most common: Look for the Snapdragon 800 series and Exynos 8 processors for better performance. Nvidia’s Tegra processors are found on Nvidia tablets, and you’ll find some Android machines with Rockchip CPUs.

On the Windows front, you’ll find mainly Intel processors, including the Core m3, i5 and i7 processors. Tablets that are based on Intel Core processors are higher-end devices, and are generally more costly.

RAM is not a unique selling proposition on tablets because of the way iOS and Android manage memory. The more amount of money you spend, the higher configuration of RAM you will receive, and on most tablets, you can expect RAM anywhere between 1GB and 4GB of memory.

The low end tablets are available with 8 or 16GB of storage, and up to 128GB on the higher end. Detachable Window tablets often have storage capacities that are more in line with typical notebooks, so it is not surprising to find one with 256GB of storage or more. Almost every tablet in the market includes SD card readers that allow you to expand your device’s storage capacity.

Shop online at Industrybuying.com for best in class tablets at wholesale rates

Industrybuying.com is the best place if you are thinking of buying tablets online. You can get the best deals on tablets from leading brands like Apple, Lenovo etc. The latest and popular models like iPad 2 Mini and iPad Air 2 from Apple, Yoga 3, Tab 2, Tab 3 with 4G and PHAB from Lenovo etc are all available with great online offers from Industrybuying.

All the products that have been listed on Industrybuying are 100% authentic and come with money-back guarantee and great customer support. Besides tablets, other electronic devices like monitors, mouse, network components etc are also found on the portal. 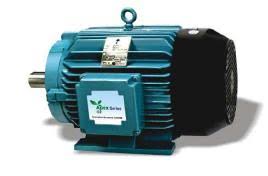 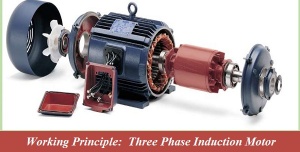