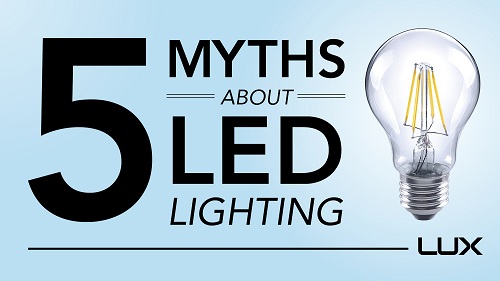 Light-emitting diodes or LEDs are cropping up in more and more places as people are becoming aware of their benefits while companies and individuals try to save money and reduce energy consumption to protect the rapidly changing environment through their judicious usage. But some people insist there are problems with them. As a result of which, the widespread changes in LED lighting technology have given a stupendous rise to the LED revolution. Across the globe, more and more governments, municipalities have opted to switch out older street lighting to new, more renewable energy-efficient LEDs.

Unfortunately, in spite of these changes, there has been a barrage of misinformation spread about LEDs everywhere including on the Internet.

So, it would only be viable to start with debunking 5 of the most notorious myths about LEDs online. Let’s get on it!

Firstly, LED bulbs to consume less than half of the energy of compact standard fluorescent and 1/10th of the power of an incandescent bulb. Since LEDs are constantly evolving these figures will vastly improve over time too.

LEDs are chips and they will go down in price and improve in performance steadily over time. While conventional bulbs are essentially vacuum tubes, LEDs are a virtually maintenance-free solution that requires far less maintenance than conventional light sources although it still demands little attention such as servicing, cleaning and general check-ups.

Another horrible misstatement to make is undermining LEDs’ durability and labeling them as untrustworthy. Several car manufacturers, street light manufacturers, and makers of industrial equipment have already turned to LEDs to reduce power. These manufacturers have chosen LEDs because they are a better deal with the rough and tumble of everyday reality.

Unlike conventional bulbs, LEDs don’t shatter. Either do they contain semi-harmful gases like mercury or electrodes that may easily snap. An ordinary LED bulb can last up to 35,000 to 50,000 hours, which translates into almost 11 years in ordinary household or office scenarios.

Myth #3. LEDs are way too much expensive

With a lifespan of approximately 50,000 hours LEDs survive 8-10 times longer than the lifespan of an average CFL. If illuminated for 3 hours per day, an LED bulb will definitely last well beyond 25 years. Since LEDs typically outlast all CFLs, the latter must be replaced far more often than LED bulbs. Thus, given their considerably longer lifespan, LEDs actually have a lower total upfront cost in the long run.

Moreover, market saturation and competition have driven prices down to a commercially feasible level. Some governments also provide relaxations on LEDs since they are eco-friendly and their costs drop even further when you factor in rebates and tax incentives.

Myth #4. LED lighting is dim or too bright

Modern LED lighting fixtures have at the very least same or better characteristics than traditional lamps or luminaires. Everything depends on the buyer’s desired or expected light intensity. Some consider LED lights as too bright. The reason is the sight of single-chip appears brighter than conventional lighting sources.

Most manufacturers, however, design products with the application in mind and offer a suitable brightness level. Traffic engineers also are of the view that LEDs are pretty bright. They are installed into traffic signals which must be visible in the brightest sunlight. Incidentally, most engineers also use LEDs on a vehicle’s headlight and tail light, and to illuminate tunnels and other roadways.

The fact is that LEDs are quite the same as compact fluorescent bulbs that can emit both warm white and cool white colour. All you have to do is to choose the right shade. LED lights can not only emit white light, but other colours such as amber, red, blue, green, etc. 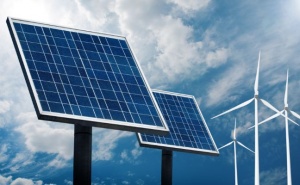 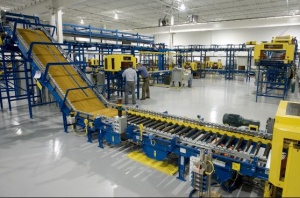