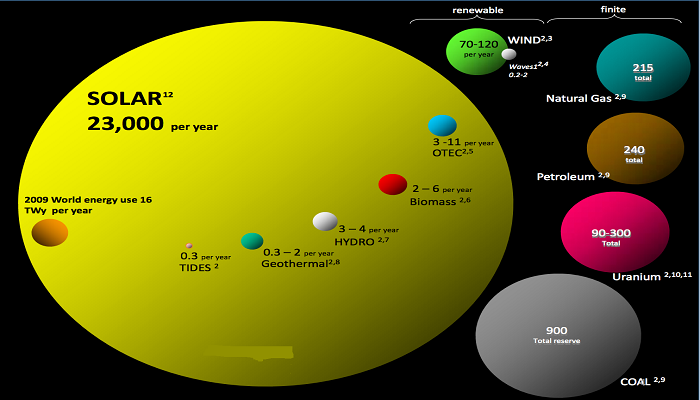 Overview of Solar Panels and Market in Detail

There is a lot of buzz going on about global warming that grabs headlines every day for dubious reasons to say the least. A lot of clamour has been built around the utilization of solar energy as the main energy staple of the future. Even staunch proponents of fossil fuels concur that solar energy will play a significant role in the energy mix of the future. Rightly so, solar technology is the next big thing that advocates reliable and cheap energy consumption without requiring any continual usage of fuel.

This explains why solar-powered products such as solar panels, solar heaters, or solar conditioning units, in developing countries have become a common sight. Asia too has witnessed widespread development in this field over the past many years and is metamorphosing swiftly to edge out global solar powerhouses in the race for solar technology reign.

Here is a lowdown on major Asian powerhouses that are ruling the roost in solar power generation.

As an emerging global superpower, China has truly burst onto the solar scene as the dragon heralding a new era of economic boom via sustainable energy resources. Declining solar PV panels costing has placed China in a favourable position to become the global hub for solar PV manufacturing helping it produce nearly 75% of the world’s solar panels for countries such as the USA! According to industry estimates, China attracted investments worth $3.4 billion by increasing its solar target to 17.8 gigawatts for the fiscal year 2015-16 alone.

With a burgeoning populace, close on the heels of China, India has tapped into its electricity demand through very high sun irradiation levels that it receives annually. How? Well, the Indian government is focusing strongly on clean energy and aims to reach the threshold of 20 GW generation positively. And, if proper government strategies are in full swing, India could quickly sneak into the coveted list of top 5 solar superpowers of the world!

Irrespective of its geographical diminutiveness, Japan is amongst the top four global markets for solar panels. With renewed zeal, Japan has slowly and steadily inched towards solar energy by tripling its renewable energy capacity to 25 GW; of which solar accounts for a staggering 80%. It is pertinent to note Japan was heavily reliant on nuclear energy, coal, and natural gas in the past.

One surprising entrant in the Asian solar power club in Saudi Arabia. The Gulf kingdom, which holds nearly 16 % of the world’s untapped oil reserves, is transitioning from oil to other renewable sources of energy like solar. The reason for the sudden inclination to the solar mode of power comes due to a scarcity of funds as the kingdom grapples with an unreasonable increase in its internal oil consumption for domestic electricity.

Southeast-Asia underdog Indonesia has made rapid strides in the field of solar energy generation and aims to have an annual solar power capacity of at least 5 gigawatts (GW). That’s is up from literally nothing at present! The expected target would accrue approximately 9 percent of the expected power generation in Indonesia at the dawn of the next decade! Speak of goals for life!