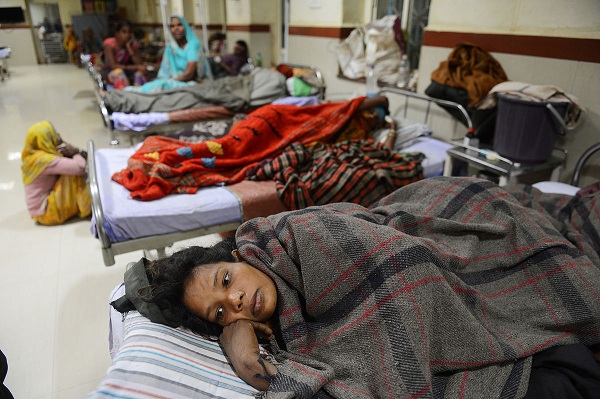 It is a well-established fact that India is not just home to the filthy rich and the abject poor but also home to the industrious middle-class that incessantly struggles to dodge the wounds inflicted by the exponential inflation in the prices of almost every commodity of day-to-day use.

The working professionals, either single or married, who earn just about enough to support their healthy metropolis lifestyle, constitute the middle class of today; however, one tiny blow to the normal course of their lives is all it takes to wreak absolute havoc. Take, for instance, a sudden bout of sickness that calls for a visit to the local hospital.

It has been observed that it is only the private hospitals, and not the government-run ones, that see a mammoth turn up of the educated middle class of the country, despite the sky-rocketing treatment costs of the former. In fact, even the poor prefer private hospitals to their civic counterparts these days when it comes to seeking medical advice and treatment.

Read on to know what is so fascinating about the private hospitals that not just the rich but everyone else, regardless of their monetary condition, wants to pay through their nose to seek help on medical matters:-

It has been found that the most important reason as to why even the not-so-well-off visit private hospitals, spending almost thrice the amount they’d have had to shell out at a civic centre, is that the privately-owned medical facilities are equipped with the best and the latest infrastructure which enables them to perform treatments, diagnosis and surgical procedures in the most hassle-free manner.

These modern hospitals even house pathology labs and drug stores within their premises, simplifying the entire patient experience.  In stark contrast, many government-run hospitals lack even the most elementary needs of, both, the doctors as well as the patients.

Neither do the doctors and hospital staff have adequate medical gear—from medical uniforms, scrubs and masks to lab coats, nor do the patients get access to basic medication. Furthermore, a majority of government hospitals don’t even have provisions to perform common procedures such as ultrasounds, x-rays, blood tests et al.

Upon being questioned, several patients claimed that they were more satisfied post their consultation with a doctor at a private facility than they were post consulting the same doctor at a government hospital.

Many a patient said that the overall attitude of the doctors, the midwives and the nursing staff is always more professional and helpful at private hospitals and annoyingly unruly at their government counterparts.

3)Costlier Ought to be Better

There is a general notion in people that costlier ought to be better and that the quality of any entity or service is represented by its price.

Cleanliness and hygiene also play a paramount role in driving the middle-class to private hospitals. Whereas on the one hand, most private hospitals are spic and span and have tidy wards, private rooms and bathrooms, on the other hand, government hospitals operate at their unhygienic best with flies, foul odours, blood stains, untidy mattresses and bed sheets being common sight.

Most working professionals today are entitled to medical reimbursements of a certain kind or the other. This is another important reason which encourages even the not-so-economically-sound lot to seek better provisions and facilities at the private hospitals today. Besides the aforementioned, many belonging to the middle class also admitted to visiting private hospitals for common conditions such as fevers and flu just to be able to keep up with the Joneses and hold up “well-off” appearances in their social circles.

As for the actual poor of the country, the above factors have only repelled them away from government hospitals. It would indubitably take a lot of effort from the government to make affordable treatment a viable option for one and all; until then, it is only the monopoly of the private hospitals that prevails.