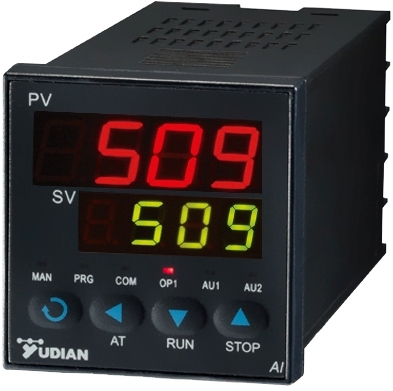 What is a Temperature or PID Controller?

As the name suggests, a Temperature Controller is otherwise called a PID controller, which stands for Proportional Integral Derivative Controller (PID controller). A PID works on the principle of control loop feedback mechanism which figures an error value e(t) as the difference between a set point and a deliberate process value and applies a solution which is based on proportional, integral, and derivative which is represented by P, I, and D respectively.

The Controllers gets input signals from a temperature sensor which is generally a thermocouple or RTD. These are associated with a controller which contrasts the sensor signal and a set point and performs computation as per the deviation between those qualities.

Characteristics of the Controlled Object

It is important to check the qualities of Controlled object before making a choice or selecting a product.

It is important to know precisely how the temperature controller will be utilized while choosing the correct controller. The kind of input sensor (thermocouple, RTD) and temperature range is an important factor while choosing the Pid. Additionally, the sort of output required (electromechanical hand-off, SSR, simple yield) and the control action (on/off, corresponding, PID) is urgent in the choice.

You need to realize what number and sort of yields (warm, cool, alert, confine) will be required. These are the factors which must be considered while picking the right controller :-

P activity also known as Proportional Control Action is used to determine a manipulated variable (control output variable) that is proportional to the deviation in order to decrease the deviation between the process value and set point.

Proportional controls are intended to dispose of the cycling process related with on-off control. A proportional band is set on the set point and the output is determined with the following rules which are as follows :-

3.I Action or Integral Control Action

I action is also known as Integral action which increases or decreases the manipulated variable according to the size and duration of the deviation. The temperature will stabilize at a temperature off from the set point (offset) with only the proportional action, but the deviation with the passage of time will be decreased and the process value will be the same as the set point by combining the proportional and integral actions.

D action is also known as Derivative Control Action which gives manipulated variables because of sudden changes in the process value due to external disturbances with the goal that control will rapidly come back to the original status.

The proportional and integral actions both have control over the control results so that reaction to sudden changes is deferred. The derivative action makes up for that disadvantage and gives a large manipulated variable for rapid external disturbances.

As the name suggests PID stands for Proportional Integral Derivative Controller which is a combination of Proportional, Integral, and Derivative control actions which helps the unit to automatically compensate for changes in the system.

It is necessary that the proportional, integral and derivative terms should be individually adjusted in order to be “tuned” to a particular system using the hit and trial method. It provides the most accurate and stable control and therefore is widely used these days.

Controllers are widely used in industrial control systems to adjust the desired output of specific processes within a required range. The PID is generally utilized as a part of the industry are executed in enterprises through different sections Distributed Control Network, programmable rationale controllers (PLCs) or as board mounted advanced controller.

Programming executions have the points of interest that they are generally modest and are adaptable concerning the usage of the PID calculation. PID temperature controllers are connected in mechanical broilers, plastics infusion apparatus, hot-stamping machines and pressing industry, plastic processing, packaging, ovens, water bath, furnaces, etc.

In spite of the fact that there are numerous choices accessible, it is essential to lead examine and pick the correct instruments for the venture. It is additionally imperative to peruse the different alternatives accessible in the wake of settling on the choice to buy a temperature controller and channel the outcomes for the best choice.

Autonics Analog or Digital PID temperature controllers, offer fast setup and gives the exact temperature administration and control for an assortment of uses while offering a better value, plain and simple operation. They will be the positive decision-makers for your fruitful control in any temperature applications.

Honeywell Controller is a microprocessor-based controller that screens and controls prepare factors, for example, temperature, weight, and level in applications, for example, natural chambers, heaters, stoves, and bundling and plastic machines.

The Controller is the perfect and the savviest answer for applications that require a solid, elite controller that fits into a little board space. Additionally addresses the issue of little board space and joins a high level of usefulness and dependability at an aggressive cost.

These are moderately simpler in functions and economical Temperature Controllers. They can likewise be utilized for temperature alert applications. The PV Display is simple to use and handles more applications.

Since there are such a large number of alternatives for temperature controllers, it is imperative to investigate with a specific end goal to spare time and cash. With different, styles, and models, customers must assess the conditions to locate a decent arrangement. Like most hardware, costs will shift and certain things will dependably cost more than others.

Besides PID controllers, Industrybuying also empowers you with the option to choose from an exhaustive collection of other industrial automation products such as relays, encoders, limit switches, timers, data loggers to name a few. Industrybuying offers you the best of the costs of quality items in boundless amounts by means of Cash on Delivery (COD), Net Banking, Debit and Credit Card Payment, Mobile Wallets (Paytm, Mobikwik), Cheques and NEFT.

We at Industrybuying offer easy solutions to our B2B customers. Experience the ease of buying better goods, faster services at cheaper rates only at Industrybuying. Get all your industrial requirements sorted with Industrybuying and enjoy shopping online at your convenience.