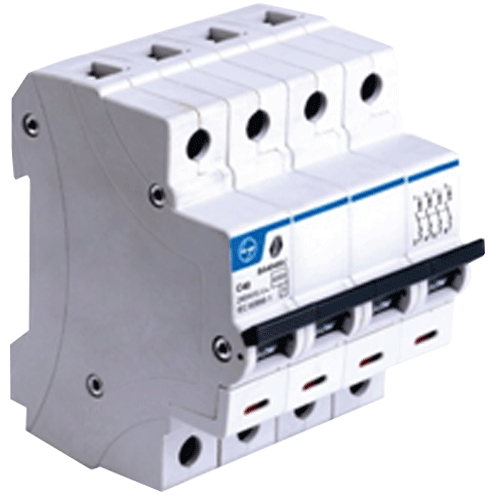 When there is a faulty connection or if there is any abnormality detected in a system then it can be eliminated by using Miniature Circuit Breakers or MCBs. They act as a cushion to save the devices from harm. They automatically break the connection of the circuit if any fault in found inside it.

Low voltage electric network MCBs are being prevalent instead of a fuse. Although Fuse and MCB have a similar function but MCBs are more precise than fuse in detection of hindrances and hence are replacing them these days. ABB circuit breakers are best and have a natural finish.

Reasons why MCBs have replaced fuses –

Air Circuit Breakers are responsible for providing overcurrent and short circuit protection for the circuits which can range from 800 amps to 10000 amps. Frequently used in low voltage applications

Molded Case Circuit Breakers are used to protect the system from short circuit or thermal overloads. They also can protect you from ground loads. They come with a temperature sensitive device which provide protection and also contain a sensitive electromagnet.

Residual Current Circuit Breakers breaks/trips the circuit whenever there is an earth fault current detected. They are ultimate for shock protection.

So, definitely install MCBs at home, office or workplace to stay prevent from shock and injuries.